Robin’s performances are as fresh and relevant as ever and full of energy and regularly entertains audiences in venues around the UK and abroad. 2022 sees Robin’s fifty-eighth year making music. 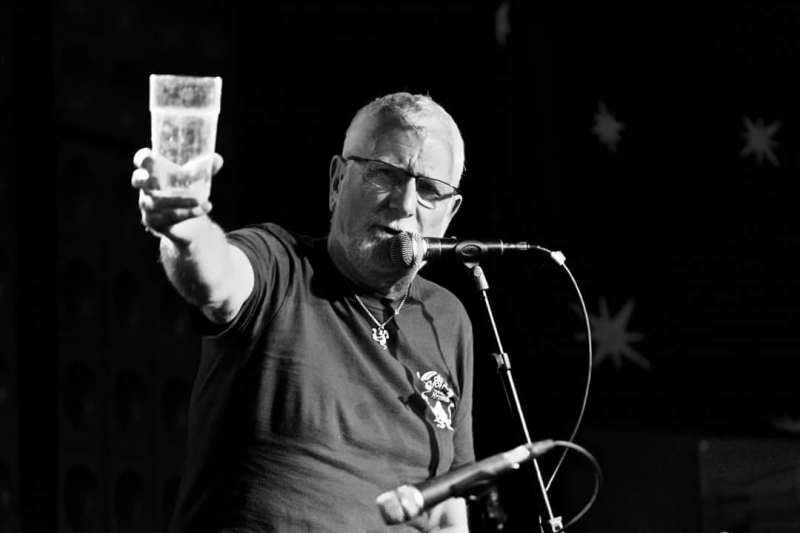 Robin Campbell – Scottish singer – teller of a good yarn or two. Hearing Robin perform Scots-Irish folk songs opens up a door to a lineage of journeymen, rogues, poets, and the quiet heroism of everyday folk.

Robin’s journey spans from the early days in Glasgow bands (1964) and with folk duo Lomond Folk (1967). Following the death of singing partner Donald Brown in 1977, Robin continued a solo career in Scotland and since the mid 80’s in England. Robin teamed up with Andy Hart, a singer and keyboard player, to form Solid Silver playing covers (2000). For the past thirteen years he has been singing with traditional folk duo Celtic Krystal (2009) and more recently with Robin’s eclectic Celtic MashUp band (2019).

It has been a long and winding road via different genres, but Robin has always stayed true to his Celtic roots.

My Life is Music

We use cookies on our website to give you the most relevant experience by remembering your preferences and repeat visits. By clicking “Accept All”, you consent to the use of ALL the cookies. However, you may visit "Cookie Settings" to provide a controlled consent.
Cookie SettingsAccept All
Manage consent

This website uses cookies to improve your experience while you navigate through the website. Out of these, the cookies that are categorized as necessary are stored on your browser as they are essential for the working of basic functionalities of the website. We also use third-party cookies that help us analyze and understand how you use this website. These cookies will be stored in your browser only with your consent. You also have the option to opt-out of these cookies. But opting out of some of these cookies may affect your browsing experience.
Necessary Always Enabled
Necessary cookies are absolutely essential for the website to function properly. These cookies ensure basic functionalities and security features of the website, anonymously.
Functional
Functional cookies help to perform certain functionalities like sharing the content of the website on social media platforms, collect feedbacks, and other third-party features.
Performance
Performance cookies are used to understand and analyze the key performance indexes of the website which helps in delivering a better user experience for the visitors.
Analytics
Analytical cookies are used to understand how visitors interact with the website. These cookies help provide information on metrics the number of visitors, bounce rate, traffic source, etc.
Advertisement
Advertisement cookies are used to provide visitors with relevant ads and marketing campaigns. These cookies track visitors across websites and collect information to provide customized ads.
Others
Other uncategorized cookies are those that are being analyzed and have not been classified into a category as yet.
SAVE & ACCEPT
Powered by